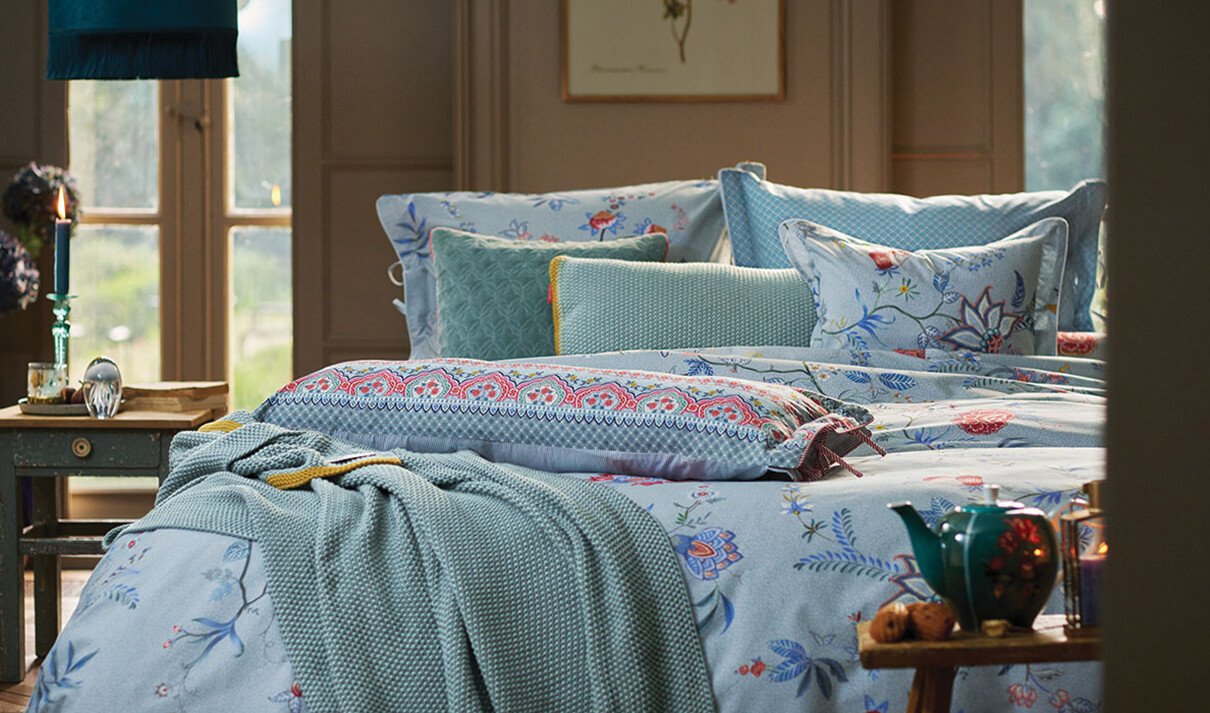 When, out of sheer necessity, I designed my first diary, I had first gone into town and looked at 367 diaries in terms of 15 main features and 65 details - with disappointing results.  I thought to myself, ‘I can do better’. I wrote the following about it in my dear diary:

“There's got to be other people out there who make the same high demands on a diary as I do.What a crying shame if all those people had to settle for one of the dairies I’ve looked at.In fact, I should probably start selling my diary design."

No sooner said than done.I thought I’d drop dead with shock.The diary and other school supplies in the collection promptly became the best-selling school items in the country.As you can imagine, that was quite an ego boost, but, to be honest, that kind of thing isn’t all that important to me.What have really touched me are all the comments on Hyves like the following:

Unsuspecting, I walked over to browse the book section and suddenly, right in front of my nose, was the Pip Studio diary... I couldn't believe my own eyes. Halfway drooling, I picked up the soft, sturdy, heavy book and started leafing through it; lots of flowers, polka dots, retro and kitschy, serrated edges... I would be betraying myself in the worst way if I were to walk away without this diary!!! I must have it, I must!

And, sure enough, as penniless as I am, I put myself even further in the red when I walked out of the bookshop with my new Pip Studio diary….But it is absolutely worth it because it's absolutely fabulous!!

That really touched me.It made me realise that my motto really does hold true: “Happy Products for Happy People”.  Another totally unexpected surprise was when I discovered that two girls had started a PIP Studio fan club on Hyves, which of course is really neat, but also perhaps a little scary that this is actually happening to me.It is, however, quite an honour.In a nutshell, I was pretty proud of my diligent work, but never expected this result.And I’d like to thank all of you for my success.

It is only logical to expect the follow-up to the first collection to be just as good - in fact even better.When I put together a studio in the attic of my house, I found three old heavy chests.I didn't have time to open them, so I slid them behind the wall of the staircase.Once my head had fully cleared, I became curious about what could possibly be in them.

Armed with a kitchen knife, hammer and screwdriver, I set to work on the first chest.The lid absolutely refused to budge.When, after a half hour, it still hadn’t moved a millimetre, I decided to bring out the big guns.I got a crowbar from the shed, worked it under the cover, and pushed on it with all my weight.Tauntingly slow at first and then suddenly at breakneck speed, the lid of the chest popped open.I fell on my ass, um… my butt in surprise.

The chest contained books and a small roll, which I took out first.The roll was sealed with a red wax seal.I picked open the seal and a couple of sheets of paper fell out.It turned out to be the original building plans for my house.It was accompanied by an order confirmation to build the house, signed by Principessa Lorenza, Rentes Medossa di Cavallho.Wow, my house was built by a princess, who was either Spanish, Italian or Portuguese.Exotically cool….Fabulous.I then found a couple of books in Italian, which naturally I didn’t understand a word of.One of them was a book by Machiavelli that seemed familiar. Wasn’t that the 15th century writer who wrote about the divide and rule technique of warfare that is now popular reading material for hip 'would-be' managers?But it’s not exactly my taste in literature.Perhaps something more for my brother, Olle.

At the bottom of the chest I found a croco-leather case filled with letters still in their original envelopes, together with some postcards.The letters and postcards were from all corners of the globe, including Ulan Bator, the capital of Mongolia, and Foz Iguazu, the famous waterfall on the border between Brazil and Argentina.Others were from Vlieland, Scheveningen and Rilland-Bad, showing the Panorama Mesdag.

The second and third chest were much easier to open.The second chest contained all kinds of glass cases with mounted butterflies, bugs and beetles.Most of them were still in pretty good shape, but others had been pulverised through the years.I decided to clean the glass cases and hang them in my studio.I think many of the butterflies and beetles have been extinct for quite some time, but, of course, I’m no expert, so I’m not really sure.But it’s definitely a unique collection, of that I’m certain.

The contents of the third chest were actually the best of all. It contained a book from the 18th century about furnishing old Dutch dollhouses.It’s a lovely book with cute wallpaper designs, old Dutch tile designs, ornaments, traditional clothing, samplers and lots more.There was also an old catalogue of Makkemer pottery and a fantastic book of Wedgwood porcelain specially made for the British royal family and still in use.One of the coolest books I found at the bottom of the chest was a book filled with old wallpaper samples from Rath and Doodeheever, a wallpaper company that no longer exists.

Another book was called ‘Birds Found in Parks, Gardens, Woods and Meadows’, written by one J.T.GKieviets.The book contained fantastic gouache drawings of all kinds of birds. A true source of inspiration.There was also a horribly fat album filled with cigar bands.These were hardly from the old princess, although you never can be sure.

The doorbell then rang.I found my friends Jet and Anne standing at the door.Oh, that’s right, I had completely forgotten.They had come to admire my new comforter collectionand had brought a cake and sparkling wine with them.We had a great afternoon.We all took all kinds of crazy pictures, a few of which I may very well put in my new diary, so you can all see them.

After Jet and Anne left, I sat down at my drawing table, still lightheaded from the wine, and worked until morning until I was satisfied with the new diary and other school supplies, filled with birds, cigar bands and stamps and all the other treasures I had found in the chests.I looked around me, pleased with all the shambles in my attic…

I then fell into a deep, deep sleep….

Hugs and kisses from Pip